Digest of the third week of the military stay in Washington

Every day, our team receives a photo and video reports of the successes of our military in Washington. And we have no right not to share their sincere smiles and joy from the first steps and movements with prostheses.

This week was marked by a new powerful wave of support for our guys and interesting meetings. They met the New Year twice: first according to Kyiv time and then according to local time.

Please, read about the third week of our military's stay in Washington in the digest. 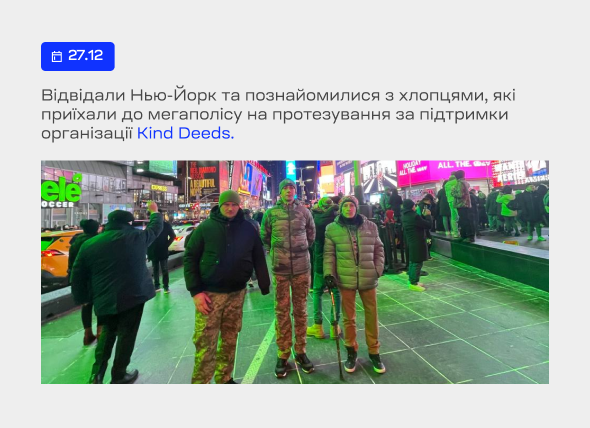 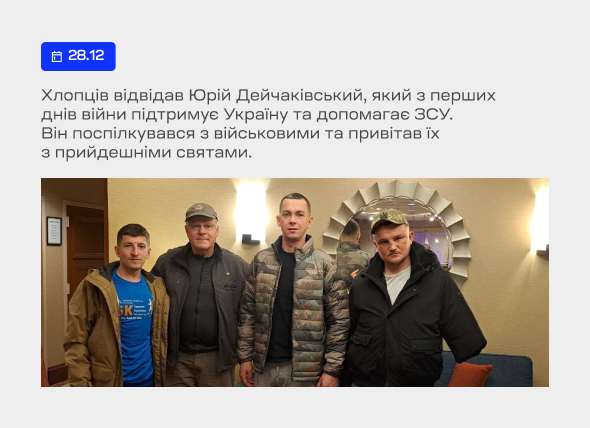 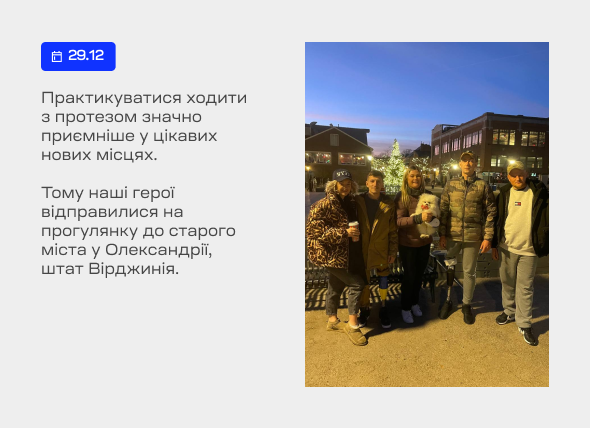 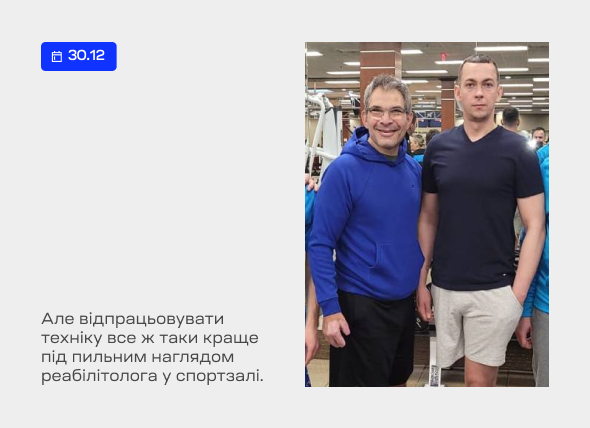 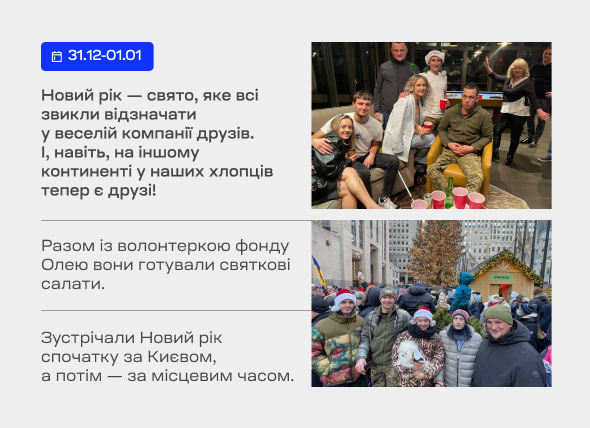 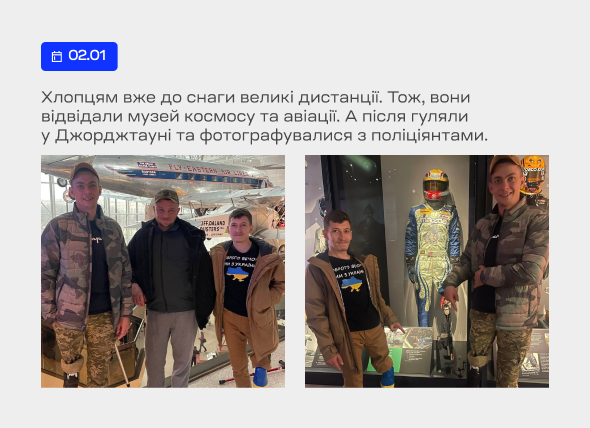 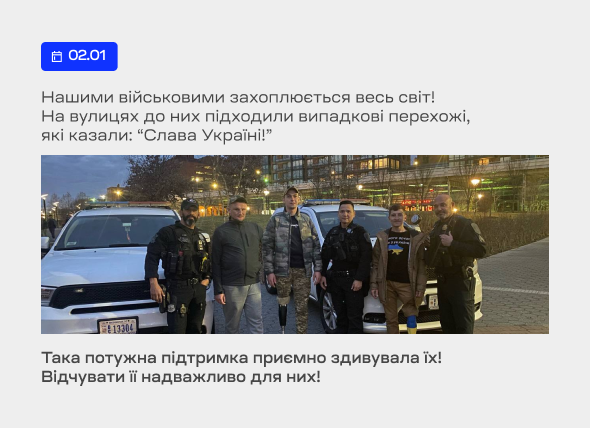 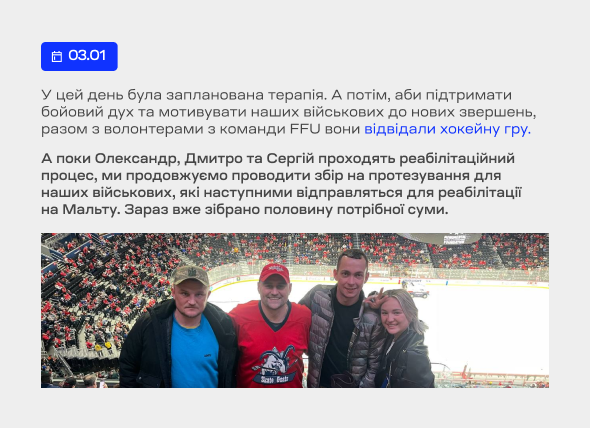 27.12
They visited New York and met the men who came to the city for prosthetics with the support of the Kind Deeds organization.

28.12
The men were visited by Yuriy Dejchakivskyi, who has been supporting Ukraine and helping the Armed Forces since the first days of the war. He talked to the military and congratulated them on the upcoming holidays.

29.12
Practicing walking with a prosthesis is much more pleasant in interesting new places. Therefore, our heroes went for a walk to the old city of Alexandria, Virginia.

30.12
But it is still better to practice the technique under the close supervision of a rehabilitation specialist in the gym.

31.12-01.01
The New Year is a holiday that everyone is used to celebrating in the cheerful company of friends. And even our men now have friends on another continent!

Together with the foundation's volunteer Olaya, they prepared festive salads.
They celebrated the New Year first in Kyiv time, and then in local time.

There are not many holidays! The men received gifts, sang Ukrainian songs in great company, and talked a lot.

02.01
The mens are already ready for long distances. So, they visited the space and aviation museum. And then they walked around Georgetown and took pictures with the policemen.

02.01
The whole world admires our military!
On the streets, they were approached by random passers-by who said: "Glory to Ukraine!"

Such powerful support pleasantly surprised our men! It is very important for them to feel it!

03.01
Therapy was scheduled for that day. And then, to support the fighting spirit and motivate our soldiers to new achievements, together with volunteers from the FFU team, they attended a hockey game.

And while Oleksandr, Dmytro, and Serhiy are undergoing rehabilitation, we continue to collect prosthetics for our military men, who will next go to Malta for this purpose. Now we have already collected half of the regarded amount.